Past its Prime Time

in a recent contribution to Prime Time the journalist, David McCullagh, asked the question: with around a million diesel cars in Ireland, how do we battle the health risks of diesel exhaust emissions? Good question but the
answers given were narrow and outdated and missed out on key information that the public needs to hear more often. 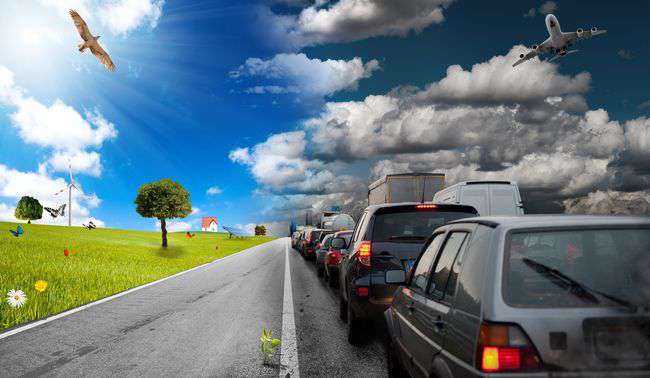 As they said on the programme, more than 1000 premature deaths from air pollution likely occur in Ireland each year. Many of these can be attributed to emissions from petrol and diesel-powered road transport. (Many also come from brake/tyre wear, solid fuel burning and agriculture). In London about 9500 extra premature deaths are estimated per year with a bit less than half due to the small, soot-like, solid particles that we call Particulate Matter (PM). More than half of them though are due to another important air pollutant coming from road transport, especially diesel cars, trucks and buses. It is called Nitrogen Dioxide (NO2). Prime Time did not even give
this acidic gas a mention. The programme concentrated instead on PM emissions that we call coarse, PM10 and fine (not ultra-fine, Prime Time), PM2.5. That’s good as far as it goes and about 5-10 years ago the programme might have been cutting edge. But we know so much more now that was ignored by the programme makers.

I’ll begin with the health effects. About 20 of the PM2.5 particles can sit side by side in a single hair and so they can get into our lungs and give rise to cancer and COPD because of their often toxic chemical composition that can be acidic, metallic and carcinogenic-organic. But it is when they get into our blood supply that the majority of premature deaths come from. That is because the particles can cause inflammation in the arteries and subsequent plaque build-up into which even smaller particles that we call Ultra-Fines (UFP) can be deposited. Cardio problems and strokes can result from the restricted blood flows. Nitrogen dioxide can do the same and because it is a gas it gets everywhere.

In fact it is estimated for Ireland that about 1600 premature deaths are caused by air pollution. With only 100 due to NO2 and the rest to PM2.5. That’s a very different proportion from London. The programme should have asked the question: why? The answer is simple because the 1600 in Ireland is a complete statistical guesstimate as we have such a limited air monitoring programme that provides real-time data on the two important pollutants, especially from road-side sites. (The London figurers are also based on statistics but there they do have high quality monitoring data making the models used very reliable).

The role of UFPs or nano particles as they are sometimes called is also a topic of much interest to the health community. If you were able to split a hair lengthwise into about 500 sections then each would be about the width of a nano particle. These have recently been suggested to lead to increased dementia effects for those living close to busy roads. But of note here is that rather than the petrol vs diesel health battle that “Diesel Nation” degenerated into there is another culprit that was ignored. That is some of the UFPs and somewhat larger particles are due to non-exhaust emissions like brake or tyre wear.

The programme did, rightly, concentrate on the air that cyclists breathe in. If I could ride a bike then I would definitely wear the finest mesh mask I could buy! But there is much more modern work available on the air that drivers breathe in that was not mentioned. And it shows that they breathe in higher levels than pedestrians and cyclists! Results from a “smogmobile” study found that levels of nitrogen dioxide (NO2) were on average 21% higher inside the vehicle with the windows shut than on the road outside. Bad for motorists yes. But what about truck and bus drivers who work behind the wheel all day every day?

Well it’s not that simple.

For example, because in Ireland there are so many tax breaks for diesel cars and trucks, drivers can afford to buy more fuel if they want to. And then drive longer distances on more visits than a petrol head can afford. What does that variable do to the climate change calculation? Most disappointingly the words Electric Vehicles did not figure once in the debate.

And why should we not solve the clean energy and solar powered electric vehicles challenge before 2050? We got a man to the moon in 10 years. Apollo the problem, world, and invest in suitable research and development now. Including Ireland.

All of this is no longer a petrol vs diesel debate and Prime Time missed a real opportunity here to inform the public about thinking positively on clean energy leading to clean air. But someone will have to pay and that likely means all of us.

Admittedly the economics are complex. But factoring in health care costs for air pollution and insurance costs for climate change from burning fossil fuels needs to be taken into account on any balance sheet.

Electric cars, buses and trucks are all available. So the Irish turbo charging electric network needs to be improved massively. Increasing diesel prices could help fund this improvement. But increasing petrol costs too should happen.

Yes the Irish government got it wrong about selling the benefits of
diesel to the public. Likely the Green Party were involved in the
decision at the time. But that’s life.

We have to start paying to invest in the future now. Or planet Earth will become unsustainable for future generations. That should have been the message from this Prime Time programme.