When three planets align in our solar system it is called a syzygy. When three important air pollution issues align in one week then it is a synergy that might have far-reaching consequences for Irish air quality. 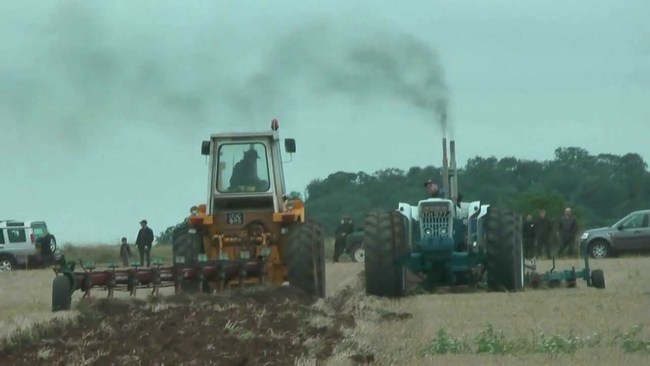 Three stories about air pollution have made the news in the last week. They might at first sight appear to be unrelated but, in our atmosphere, they are actually closely connected.

The first news article resulted from a publication in Nature showing that more than 3 million people a year are killed prematurely by outdoor air pollution, that is more than Malaria and HIV/AIDS combined. Atmospheric scientists were unsurprised at this because it is well known that burning coal, wood and peat as fuels in open fires at home releases small solid particles (known generally as soot or black carbon) that can enter our lungs leading to severe health effects on asthmatics and others with respiratory/heart conditions. (The smoke, of course, is not confined to indoors because much also escapes through the chimneys to local air). The real surprise was that domestic solid fuel burning and road transport were not found to be responsible for the majority of deaths outdoors. The main culprit was farming emissions particularly in Europe, Russia, eastern Asia and the Eastern States of the USA!

The finding was unexpected because solid fuel burning results in what is called direct (or primary) injections of small, Particulate Matter (PM), solids into the air. On the other hand agriculture leads to the creation of PM in the atmosphere as a result of the release of ammonia gas (NH3) from fertilizers, chicken droppings and pig manure. The ammonia can then go on to react with other ingredients in the atmosphere to make small solids. So those particles are called secondaries and have been thought to be of less importance in terms of health effects than primaries because they do not contain chemicals that are carcinogenic in nature like those in diesel or tobacco smoke particles.

So the Nature paper identified ammonia (NH3) as the primary pollutant which eventually reacts with sulfuric or nitric acid droplets in the atmosphere to make small ammonium sulfate or ammonium nitrate particles. (If you have ever had the need to administer “smelling salts” to somebody who has fainted, you will be familiar with the reaction between ammonia and acids. That is because the active ingredient is ammonium carbonate, formed when carbon dioxide in the air dissolves in water to make carbonic acid into which ammonia can be taken up).

Of course this secondary particulate-forming process needs sulfuric and nitric acids to be present in the atmosphere in order to react with the ammonia releases from farms caused by the use of nitrogenous fertilizers and chicken droppings and pig manure.

And that is where the other two stories come in.

Volkswagen share prices collapsed in September 2015 because the company was discovered to be installing special software to “rig” diesel exhaust emission tests in the USA. The main reason was to show that nitrogen dioxide (NO2), a toxic gas in its own right, was only emitted at levels under the limits legislated for. So when VW vehicles were tested for the NCT equivalent a sensor was made to switch on a mechanism that reduced the NO2 releases in diesel cars. When the cars though were on the road, the sensor was switched off. The EPA in the USA have found that actually 40 times more NO2 was emitted on roads than at the testing site and so the limits were certainly being exceeded……but the cars passed the tests. So the owners were happy, although ignorant of what had happened like everybody else other than VW engineers and management. In Europe it is not clear whether the same problem is happening, but it has certainly been a worry that on-road emissions tests for NO2 have shown a seven-fold discrepancy from that measured in the laboratory testing grounds for diesel engines.

But how is this related to the agricultural releases of ammonia? Well nitrogen dioxide reacts with water to produce two acids, one called nitric (HNO3) and the other called nitrous (HONO). Droplets of these in the atmosphere will take up ammonia gas and the small, toxic, ammonium particles will then be formed. So if diesel was banned then the reaction to make the secondary particles would not happen. Game over.

The third story has been on-going in the Irish media for about 3 years now since the then Minister for the Environment, Phil Hogan, set up a North-South study on the use of solid fuel throughout the island of Ireland. It is due to report by the end of 2015. One of the major issues was to determine whether the sale and use of “smoky” bituminous coal should be banned everywhere mainly because of its release of the primary soot-like particulates referred to above.

The initial draft of the report in mid-2015 supported the fact that burning solid fuels is particularly bad from a health perspective in Ireland due to the release of small PM. However the data gathered (mainly from an emissions inventory approach i.e. how much solid fuel of a specific type was sold) has shown that smoky coal could not be singled out from wood and peat burning in terms of primary domestic particulate emissions from open household fires.

But we are now aware that stopping the formation of secondary particulates in the air is important for our continued good health. So we also need to know if any ingredients, in any of the solid fuels, lead to the formation of sulfuric and nitric acids in the atmosphere.

It turns out that coal releases 50% more NO2 per kilogram of nitrogen oxides than oil and kerosene and six or seven times more than wood. But it is the sulfur content, which is readily oxidized to sulfuric acid in the atmosphere, where coal burning suffers most in comparison to wood because it can contain 100-1000 more in terms of % weight than wood. In fact wood contains very little sulfur indeed, less than 1/500th of its weight.
As always then the actual story in the atmosphere is quite complex but although the total banning of smoky coal in terms of its primary particulate emissions compared to wood burning may be disputed, in terms of the secondary chemistry there is no contest: it should be.

Those of you burning wood should not be complacent though. You should certainly use high-temperature, enclosed fireplaces at home because indoor air pollution from open fireplaces and cooking leads to an additional 3.4 million deaths worldwide each year.