I was asked recently by the European Photochemistry Association to write an article about my career experiences in the subject of Photochemistry. Many others also contributed with the hope being to attract a whole new generation into the field. All I can say is that I have had a blast. 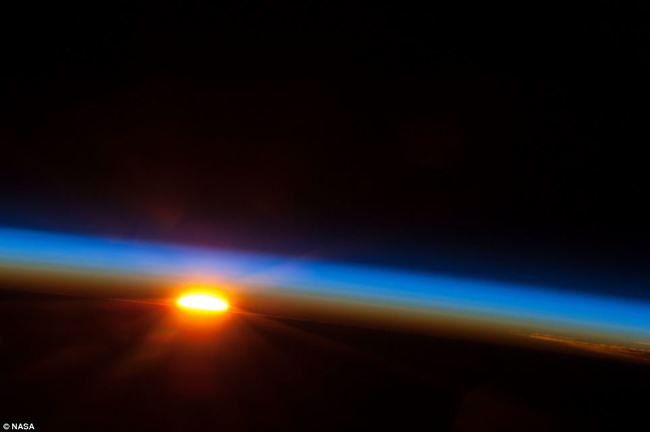 An article with a title like the above will go one of two ways: the “solar energy materials” route or the “our atmosphere” route. (It could, of course, go by both if it is about “understanding photosynthesis”). Photochemistry obviously is the foundation for all three pathways but where the road goes very much depends on where the student starts walking. My lifelong interest in “Photochemistry and Photophysics” began while still an undergraduate at the University of Southampton (I won’t embarrass the person who sparked it all for me!) But my real journey started when, as a Postdoctoral Fellow at the University of California in Irvine (UCI), I met and worked with Ed Lee, had daily coffee with Sherry Rowland and Mario Molina and shared an office with Jack Calvert. I didn’t stand much chance did I? Yes I chose the atmospheric chemistry, and now aerobiology, road to stroll along.

The Sun drives life on planet Earth by creating and breaking molecules in the atmospheric region above the water and land surface on which we live and rises up to about 120 km in altitude. It is not one static homogeneous layer of gas as was once thought to be the case….even before my time. No, it is a dynamic layered-by-temperature fluid containing gases, water vapour, droplets and solid particles that can be chemical or biological in origin, as well as various highly reactive radical species. And it was those radicals controlling the observed reaction pathways in the atmosphere that once again caused my interest to become sparked. My research project at UCI was directed toward identifying the intermediates formed in the photochemistry of formaldehyde, a very important pollutant in the lowest region of our atmosphere called the troposphere. The late Professor Ed Lee, who was my boss, had performed many studies on the photophysics of H2CO but not much about its break-up in light. The end products were known: hydrogen and carbon monoxide formed by two photolysis pathways, one direct and one by forming two radicals, HCO and a hydrogen atom. I had been hired to confirm this using IR spectroscopy. Fast scan-methods were not available then but a technique called matrix isolation was. (I had done a PhD in the subject showing that CO was not the only molecule that could be released from photolysed organometallic carbonyl compounds in low temperature solids; bulky old pyridine could be too).1 The subsequent results I got at UCI were strange to say the least. The observed photo-products in a solid Ar matrix held at 10 K could only be explained, I felt, by the formation of an unusual carbene called hydroxymethylene (HCOH) that only had an existence in the world of computer modelling until that point.2 That was in 1978. You can imagine my sigh of relief some 30 years after this prediction when HCOH was finally captured spectroscopically.3

I applied similar techniques with a whole team at the University of East Anglia between 1980 and 1998, although then we concentrated on trying to understand some stratospheric chemistry and a problem you have all heard of: the Antarctic ozone “hole”. This phenomenon leading to irreversible ozone destruction occurs when active chlorine atoms and the ClO radical are somehow released from the photochemically inactive compound, HCl. This molecule is a so-called atmospheric “sink” for chlorine in the stratosphere. Modelling calculations indicated that the molecular form would prevail even when it was cryo-pumped and adsorbed to the small, airborne ice particles there called Polar Stratospheric Clouds (PSCs). Our experiments showed at temperatures present in the Antarctic stratosphere during Winter that HCl became solvated by the water-ice, which allowed it to become ionized and make free chloride ions. These ions could rapidly react on the ice surface with other chlorine-containing compounds present there like HOCl and chlorine nitrate (ClONO2) to release photo-active molecular chlorine. This was a novel and key finding to help understand how ozone was destroyed over Antarctica because HCl, HOCl and ClONO2 react only very slowly in the gas-phase.4

One other parallel road I followed in my career at UEA was to modify microbes to become photo-protectors, photocatalysts and light-emitters by treating them so that they would form metal sulfide ‘Q-particles’ on their surfaces.5 After that time though, as I explained above, my research moved toward the study of atmospheric chemistry related mechanisms in the laboratory. We quickly realised that to validate any of those experiments air monitoring studies on real roads have to be undertaken and that is what I and the CRACLab research team at University College Cork have done over the last 10 years or so. At first the measurements were directed exclusively toward airborne chemical pollutants. But now, once again, after all those years away I have returned to luminescence to not only count and identify airborne Primary Biological Aerosol Particles (PBAP) like fungal spores and pollen in real-time but also to probe their biochemical contents using fluorescence lifetime measurements.6 In the field campaigns we have used a new type of instrument called WIBS (Wideband Integrated Bioaerosol Sensor) based on fluorescence detection to monitor biological particle emissions from trees7 and agricultural material like hay8 and most recently from composting/green waste sites.9 Those studies really came out of nowhere into my research orbit but it has shown me that although the road you are on is important, it’s the people who are with you, those who have been with you and the view you get from looking around that should be valued the most.