WHO cares about Irish air?

Here in the CRACLab at UCC we have done a great deal of work into air pollution associated with particulates both chemical and biological. All I can say is that laboratory work is a walk in the park compared to mounting campaigns in actual parks. But no matter the trials and tribulations…. it’s fun! 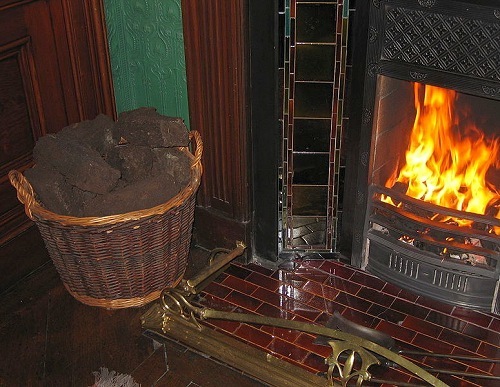 Is the quality of the air that we breathe in Ireland as good as we seem to think it is? The answer is no from looking at the recent air quality report for 2013 published by the EPA. It gives a stark warning about the levels of small particulate matter that are produced by the combustion of solid fuels in Irish homes because their levels exceed (by a considerable margin) those that have been newly recommended by the World Health Organization (WHO).

Unfortunately it is not just a question of changing our habit of burning coal (smoky and otherwise) to more sustainable energy sources like peat and wood. This can be seen by looking at the EPA report itself. For example in Longford, the region that contains the highest number of peat-fuelled central heating systems in the country, the report shows that in 2013 the levels of very small particulates (called PM2.5) were almost double the guideline values recommended by WHO.

But why are health experts so concerned about air pollution by small particulates? To answer that question, a brief primer is needed regarding the nature of particulate matter (PM) made by burning fuels in the domestic, industrial and transport sectors.

PM is a complex mixture of extremely small solids and liquid droplets. Chemically it comprises a number of components including acids (like sulfuric and nitric), organic compounds (some carcinogenic), elemental carbon (soot) and metals (like lead). So you can see the chemicals involved are often quite toxic. The composition though is not the only problem: size matters too. By comparison to the average width of a human hair, PM2.5 is about 30X smaller. Such dimensions allow them to become deposited into the larger (tracheobronchial) branches of our lungs. The effects on at-risk members of the public (children, pregnant mothers, asthmatics and those suffering from cardiovascular problems) can be catastrophic especially over long exposure times.

In providing the new, more stringent guidelines for PM, WHO have simply quantified the concerns raised by their International Agency for Research on Cancer (IARC), who announced last year that it has classified outdoor air pollution as carcinogenic to humans. This new “Group 1” status puts air pollution in the same dangerous league as tobacco smoking. Furthermore they now estimate that it represents a risk which can reduce human life expectancy by more than eight months on average, by more than two years in the most polluted cities and is the cause of 3.7 million deaths worldwide per year. In other words it is becoming clear that there is no ‘safe’ level of air pollution particularly for those who are most vulnerable.

So can we, the consumers, do anything to help clean up our air? One thing we can do is to become more aware, in terms of PM levels, that burning solids to provide us with energy is worse than burning liquids, which in turn is worse than burning gases! We do have choices and National Governments everywhere need to fund more research and to provide appropriate education for the general public so that the choices are built on firm foundations.

In fact the EPA have funded a number of projects aimed at quantifying the amounts of PM2.5 that can be released into the air by sources such as shipping, road transport and domestic solid fuel (DSF) burning. The CRACLab at University College Cork has been heavily involved in such studies and the group members have published a great deal of quantitative information in scientific journals. You can read about these studies on the crac.ucc.ie website. You will also find there a description about our most recent EPA project (coordinated by Dr John Wenger) called SAPPHIRE.

SAPPHIRE will deliver the most detailed information to date on the chemical composition and sources of PM in rural and urban residential areas of Ireland. And so it will provide policy makers with a sound scientific basis for the development of strategies to reduce particulate pollution, particularly in relation to the use of solid fuels (coal, wood, peat) for home heating.

Developing and implementing these strategies will be difficult if the general public are uncooperative on economic grounds. That is they believe the cheapest answer is the right answer. The only way to help us do the right thing for our population is to become educated about the risks involved by doing the wrong thing. These days most people are aware that reductions in fossil fuel usage worldwide is necessary to help prevent the worst damages promised by global warming. However less are aware that the choice of fuel or energy source to replace those fossil fuels can negatively impact on air quality. For example the adoption of renewable biomass energy as a strategy can be carbon-neutral (if trees burnt equals new trees planted). However biomass burning has a significant impact on air quality in the form of increased PM2.5 in particular for inefficient wood burning. We know even less about peat burning.

What should we do given current knowledge? Well the shift from solid fuel to cleaner alternatives including gas must continue, including an extension of the natural gas network to smaller towns and villages. A much greater emphasis on energy efficiency measures to bring about a reduction in the overall need for heating fuels, particularly solid fuels, is also required. Finally, the links between health and air quality must be better communicated by all public bodies involved in air quality assessment and management. This strategy will help to raise awareness of the critical issues with policy and decision makers and most importantly with the public.

Then we will really have a chance to be green.

The Irish Government dithers while the planet burns

* A leaked report in September 2014 from the UN Intergovernmental Panel on Climate Change (IPCC) tells us that global warming is here, likely irreversible, caused by us and probably already dangerous. It is currently in the hands of the... Continue →