Stratospheric ozone depletion first hit the headlines in 1974. Twenty years later Rowland, Molina and Crutzen won a Nobel Prize for the discovery. Forty years later it appears that ozone depletion may have been arrested or even reversed. But 1992 is the year that I remember the most because it was when I performed a Karaoke version of “La Bamba” in Waterville, County Kerry with one of those three Nobel )Prize winners. 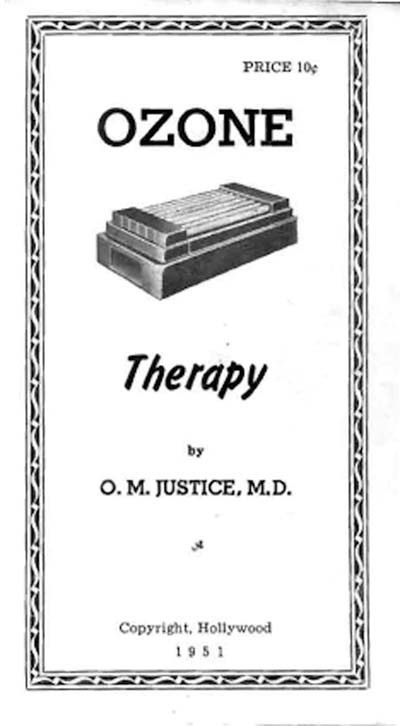 Swimming pools are often treated these days using low levels of ozone to kill bacteria. However in 19th century Victorian England many quack doctors used “ozone therapy” to treat their “patients”. They claimed to be able to cure a long list of ailments including asthma, mumps and varicose veins with their electrical generators and applicators. At the time they termed ozone as “activated oxygen” and because it was known that oxygen itself was “positively necessary to the existence of life”, then it was deduced (wrongly) that “activated oxygen” was not only “very essential but also a preventative of disease and a great aid for the treatment of ailments of all character”. Surprisingly these therapeutic treatments were available in the USA until as late as the 1950s, especially since the key toxic role of ozone in Los Angeles photochemical smogs had been identified in the late 1940s and early 1950s by Haagen-Smit while working at CalTech.

And so because Victorians, promenading at seaside resorts, thought they could smell a fresh, invigorating odour of the type produced by electrical therapy they identified it as ozone and recommended that “taking the ozone” by the sea would improve health. Of course they were wrong on that score as well because the bracing smell was actually due to a compound emitted by plankton and bacteria in the seas and oceans called dimethyl sulfide. Although what nobody realised was that from the 1930s onwards we had literally been “taking the ozone” from our atmosphere because of the invention of chlorofluorocarbons (CFCs) as safe refrigerants in the 1920s.

The history of the battles between academics and big industry about stratospheric ozone depletion has been well-documented over the years since 1974. (I have even dabbled in the mechanisms involved in the chemistry). But the political, international turning point can be identified with the discovery of the Antarctic “ozone hole” in the 1980s. More accurately it was the airborne measurements that showed a good anti-correlation between low ozone levels and high chlorine radical concentrations that started the journey toward the CFC-limiting 1987 Montreal Protocol (and subsequent London Amendment in 1990). This achievement is, without doubt, one of the most crucial environmental success stories that the world has been a party to. It is important because ozone in the stratosphere (~25 km high) is indirectly beneficial to our health where it serves to filter out harmful ultra violet (UV) radiation before it hits not only us but plants and animals too who live on planet Earth. In simplistic terms: less stratospheric ozone, more skin cancer.

If only it was all so simple…..but it’s not….mainly because our atmosphere, which actually reaches a height of ~120 km, is a complex fluid that can, at times, act like a violent waterfall dropping into a calm river. Its behaviour is controlled by an interplay between sunlight (providing light and heat), our air, oceans or land and, increasingly, us.

We divide the air region into layers depending on whether the layer cools or warms up with altitude. The turbulent troposphere is where we live; it cools with increasing height as you know if you have ever climbed a mountain. The next layer above is more placid and called the stratosphere; it is a warming region because the chemistry associated with ozone gives off heat. A situation in which warm air sits on cool air is termed a temperature inversion by meteorologists, which limits convection heating and leads to the stability of our overall atmosphere. But chemical and heat interchange between the two layers does occur and this is where some of the complications begin particularly regarding atmospheric ozone and global warming.

The Montreal Protocol CFC ban led to the development of replacement compounds called hydrochlorofluorocarbons (HCFCs) and hydrofluorocarbons (HFCs) as refrigerants. These were designed to react in the troposphere and therefore not reach the stratosphere at all (or at least to a much smaller extent than CFCs). However because of their chemical structures they all can trap heat into our atmosphere….and do it much more effectively than the well-known GreenHouse Gas (GHG), carbon dioxide. Over a 20-year period the relative potentials for warming are as follows: carbon dioxide, 1; CFC-12, 11000; HCFC-22, 5000; HFC-23, 12000. And so all HCFCs are to be completely banned after 31 December 2014.

We may have begun to help solve the stratospheric ozone depletion problem (certainly it would appear to be so from recent measurements) by adapting our refrigerant, chemical depleters. But all of them have a substantial effect on climate change.

More difficult to quantify is what happens overall to our atmospheric comfort blanket when the ozone increases in the stratosphere. Will Earth’s tendency toward energy balance between incoming solar radiation and outgoing heat emission from the surface therefore cause our troposphere to cool and allow floating ice crystals to form? And if that happens will more heat be reflected back out of our atmosphere? Or will more extensive cloud cover trap the heat at night? Alternatively will a warming troposphere (due to GHGs) lead to a cooler stratosphere at some point? Will the altitudes at which the troposphere turns into the stratosphere change because of our activities? And what might that mean to us? It ain’t easy being green, is it?

Going back to the beginning in the 1920s, CFC’s were invented as safe replacement refrigerants for the original liquid-gases used (ammonia, sulfur dioxide etc). But it was their property of designed-in inertness that allowed them to float eventually up to the stratosphere, to become photolysed by UV radiation and then to release chlorine radicals, which caused irreversible ozone destruction. Who could have guessed all that in the 1920’s? Our recent replacements have helped to solve one environmental problem but they do contribute to another.

So we need a new modern set of replacements…and guess what….it looks like it’s going to be that well known smelly chemical (often used in “smelling salts” for health purposes) called ammonia that will be used again. Full circle.

I was asked recently by the European Photochemistry Association to write an article about my career experiences in the subject of Photochemistry. Many others also contributed with the hope being to attract a whole new generation into the... Continue →