In the book, “Through the Looking Glass and what Alice found there” by Lewis Carroll, the White Queen admits: “Why, sometimes I’ve believed as many as six impossible things before breakfast.” I wonder what she would have thought about climate change? Would she be a believer or a denier? 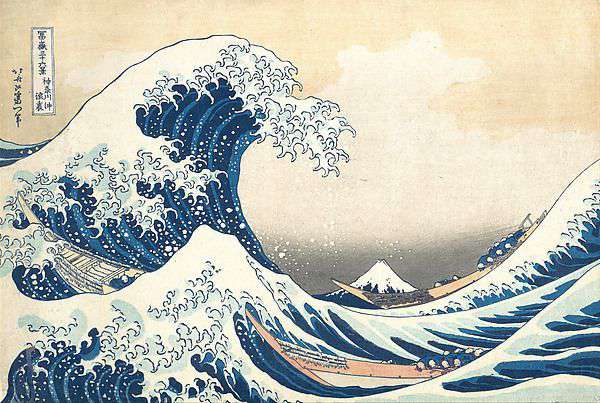 On a recent RTE Claire Byrne Live programme a question was posed to a panel of 1000 people: do you believe that climate change will pose a serious threat to the world in your lifetime? 57% said yes but over a third said no with about 10% not knowing what they thought. In the same week, another survey was published but this time involving 8000 people from eight countries – the United States, China, India, Britain, Australia, Brazil, South Africa and Germany. It found that 84% of its sample believed climate change to be a “global catastrophic risk". That means the deniers represented less than half of those in denial found by the RTE survey for Ireland.

The different numbers of people questioned likely contribute to the different results. But it might not be statistics of course. It is possible that in Ireland the message is simply not getting across.

Who’s fault is that then? Atmospheric Chemists like me for not speaking plainly and at an appropriate level? Well yes, that is part of the answer but remember it takes two to Tango. So I wonder: Does it really matter? And if so will it ever prove possible to convince 97% of the general public in Ireland that climate change is a catastrophic risk for planet Earth? (Remember, 97% of trained climate scientists believe there is a problem).

My answers to these questions start in Japan where I lived for a few months in 2009 when I was teaching at the Tokyo Institute of Technology. While there, my Japanese friends and colleagues tried to explain to me the meaning of the word Goraiko. They failed.

Goraiko represents the sacred feeling experienced at the time when the sun rises over Mount Fuji. I left Japan knowing that no words of explanation could ever allow me to understand what Goraiko truly means. Or more correctly what it meant to the Japanese and a culture I was simply visiting. Today, I am sure that a real understanding of the word Goraiko requires a life that was born and subsequently lived in Japan. In other words to understand what Goraiko means…..is to actually be Japanese.

Understanding the science of climate change is like that too, other than substituting the word Japanese with “many years of experience in the language and practice of physics and chemistry”. So, I have come to the belief that communicating the ideas and principles that underpin the science of global warming may prove impossible with people that have no culture in physics and chemistry either from schooldays or currently at work. If that is true then the fact that the majority of people now believe climate change exists is a great achievement. People might not understand words like radiative forcing or albedo or the 3N-6 rule….but does it matter?

Well it does matter to me in some ways because I have been a teacher of science for many years and many of today’s believers may be on the believers’ side now just because their friends believe or because it is fashionable or because the Pope believes in it.

So I have begun to think that trying to explain the reasons for why climate change is important will only ever lead to limited returns in achieving environmentalists’ real aim of stopping the burning of fossil fuels as the main source of our energy needs.

Fortunately, climate change is not the only route into explaining why we should move to a de-carbonised economy. The other way is through the science associated with Air Pollution. Actually, it is an inseparable topic from climate change as the combustion and agricultural processes that lead to both effects are the same. But explaining the reasons why we should keep carbon-containing particles from entering our air because of cancer, asthma and heart problems is much easier to put across to the public than trying to describe their radiative forcing effects on global temperatures. In my experience, people do respond to that message and maybe RTE should poll whether their panel believe in air pollution. My bet is 97% would.

So maybe I do have the words after all.

Centre for Research into Atmospheric Chemistry

Will the drop in world milk prices help to save the planet?

On 10th September the Irish Government agreed to take in 4000 refugees many of whom are leaving their homes as a result of the Syrian conflict. This number will be dwarfed by the possible level of environmental refugees predicted to be... Continue →